PS5 Print Sales Record in the US - DNA STYLE LAB

Home NEWS PS5 Print Sales Record in the US

PS5 Print Sales Record in the US 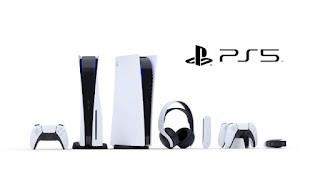 Retail analyst, The NPD Group said that the PS5 is the fastest selling console in the history of the United States (US) in terms of the number of units and the price collected.
This achievement is arguably a positive one, given the many hurdles that Sony needs to go through regarding the sale of this PS5 console in the market.
As for some of these things, including the reduced stock of chipsets globally which hindered supply, and the scarcity of PS5 consoles on the market because brokers and bots bought them.
Quoted from Gizmodo, Monday (19/4), Executive Director of The NPD Group, Mat Piscatella, said that Sony managed to sell the PS5 console the most compared to other consoles in the first five months in the US.
"The PS5 set a record for the fastest selling hardware platform in US history in total sales," he said.
However, he did not explain the exact number of sales that Sony was successful in getting. To be sure, he assessed that there had been an increase in consumer spending in the video game sector during this year.
For example, in the first quarter of 2021, Americans spent USD 14.9 billion on gaming devices, content and accessories.
"This is an increase of 30 percent compared to the first quarter of 2020," he concluded.
On the other hand, Nintendo Switch has also improved quite well, taking first place in the best-selling console category in March 2021
More From Author
NEWS
Comments