What is a DSLR camera, what is it for? - DNA STYLE LAB

Home GADGET What is a DSLR camera, what is it for?

What is a DSLR camera, what is it for?

The current photography trend is growing, which is supported by the latest technology in it. For those of you who want to jump into the world of photography, it's good to know about the types of cameras, ranging from DSLR cameras, Mirrorless or Analog cameras. 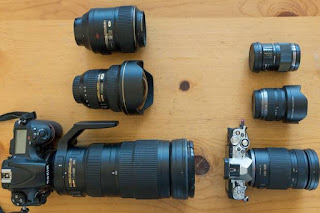 Now for those who want good quality photos, you can consider a DSLR or Mirrorless camera or you can find information in advance about the advantages and disadvantages of the two cameras. So it can be adjusted according to their needs.

understanding of a DSLR camera

What is a DSLR Camera? Maybe some people who have used this camera often don't realize what a DSLR camera is, they just focus more on the results, learning the photo techniques only.

DSLR stands for Digital Single Lens Reflex, so the notion of a DSLR Camera is a digital camera that already uses a mirror to transfer light from the lens to the viewfinder (hole behind the camera) which is usually used to see what target image will be photographed.

In addition, there are also those who say that a DSLR camera is a digital camera body that allows light to enter a single lens that hits a mirror that reflects light up or down into the camera's viewfinder.

A DSLR camera which is a type of digital camera that is supported by advanced technology so that it can produce images with high quality, how it works by utilizing the mirror mechanism in capturing an object through the lens.

How Do DSLR Cameras Work? 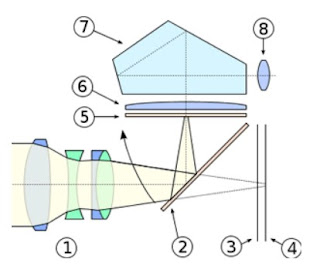 The way this DSLR camera works is to capture an image or object that is the same as what you see from the eyepiece at the back of the camera. Any object you see there, when you take it, it will be an image file that matches what you saw earlier.

The process of taking the image is when the object enters the form of light into a reflex mirror which is at an angle of 45 degrees, then it will pass the light of the image object to an optical element called pentaprism. So from there (pentaprism) changes the vertical light to horizontal by directing the light through two separate mirrors, right into the viewfinder.

The following is the camera work process that we summarize:

When taking an image, the reflex mirror swings upwards, blocking the vertical path and letting direct light through

Then, the shutter opens and the light reaches the image sensor.

The shutter remains open for as long as required by the image sensor to record the image, and when the shutter is closed and the reflex mirror returns to a 45 degree angle to pass light into the viewfinder.

That's how smart a DLSR camera works. If you need detailed information, maybe you can search on a special website that discusses cameras or it could be shooting from Google.